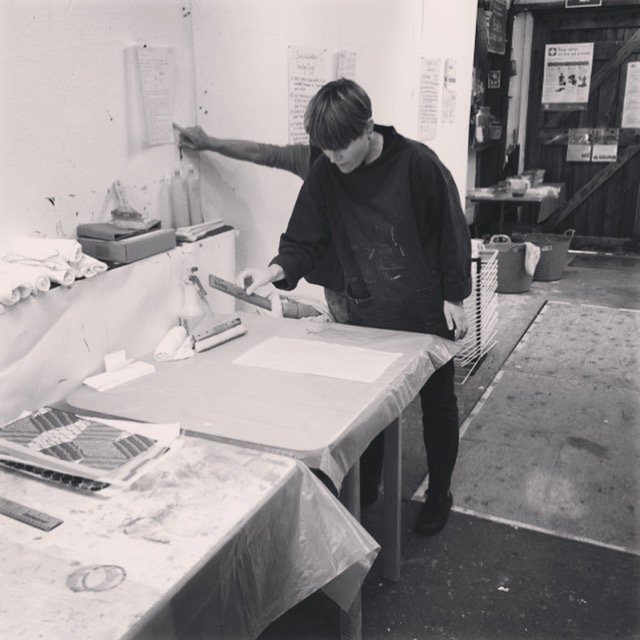 After graduating from London College of Printing in 2002, Lucy was awarded a 2 year funded residency in the book arts department at Manchester School of Art, where she also worked as an associate lecturer until 2010. In 2013 she relocated to Japan where she developed her interest in water-based woodblock printmaking and paper making. As a recipient of a British Council International Development award in 2015, she collaborated on a print project for IMPACT 9 Printmaking Conference in China, and took the project to SGCI in Portland, USA. In 2016 she was artist in residence for 12 months at VARC (Visual Arts in Rural Communities) in rural Northumberland, where she is still currently based.
Residencies at Hosptialfield, Scotland, Kala Art Institute, California, and NES, Iceland have informed a collaborative approach to research and exploration in durational performance work in combination with printmaking. Her works are held in public and private collections including Tate Britain, Yale Center for British Art, Stanford University and Massachusetts Institute of Technology. Recent work has been presented at Art Toronto, The London Art Fair, The Royal Academy Summer Exhibition and The University of Hawaii, where her collaborative suite of woodblock prints won the Awagami Paper Prize.
website 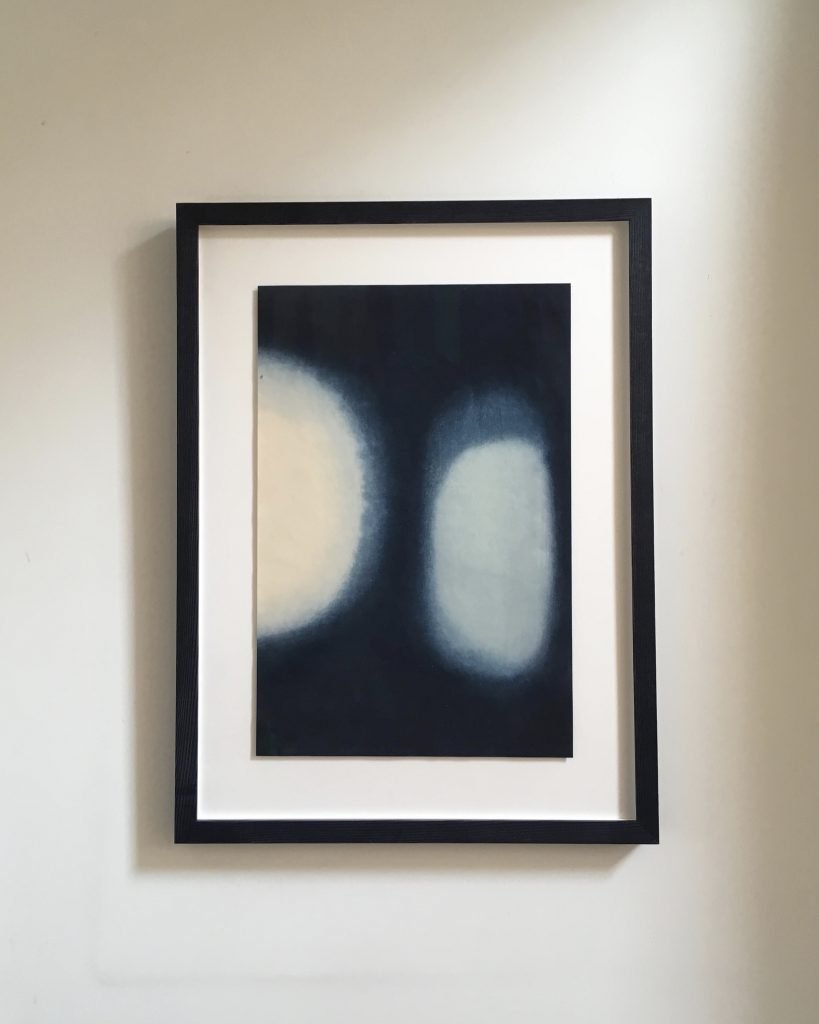 The way you look at me, 2018, Mokuhanga print on washi 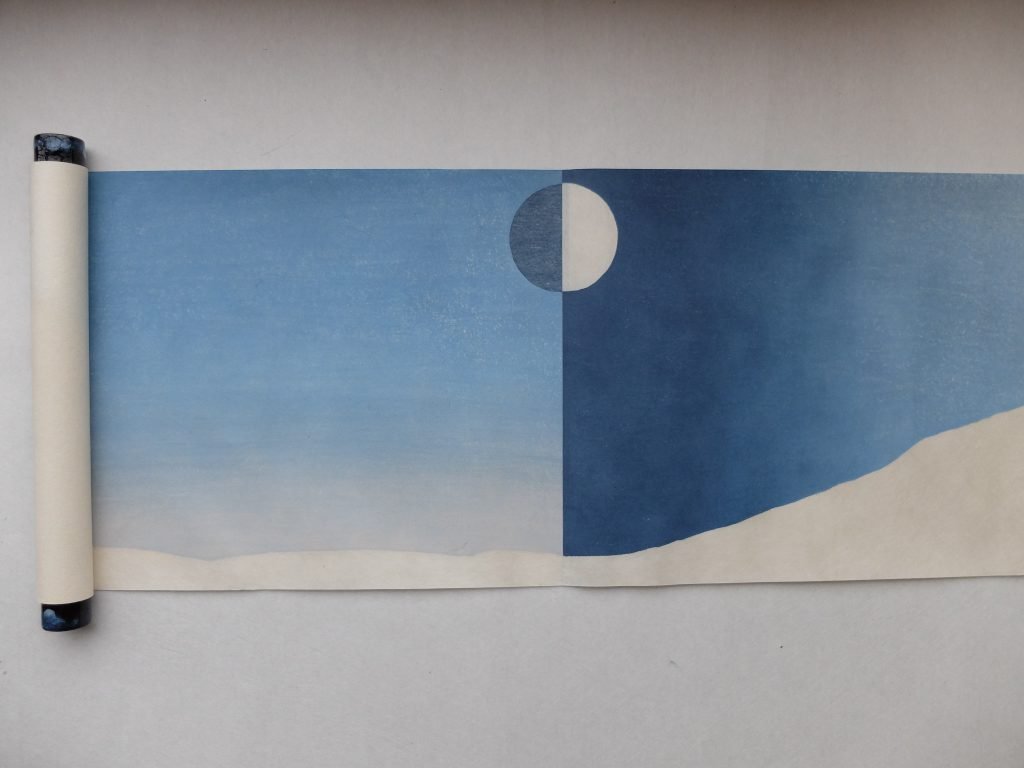 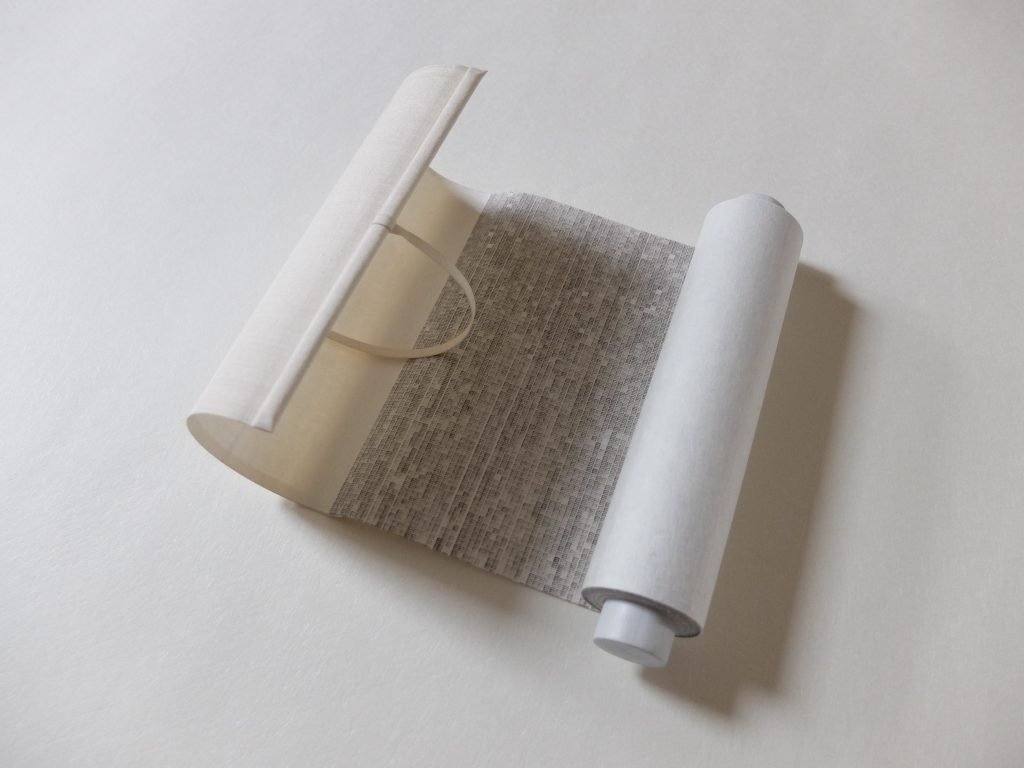 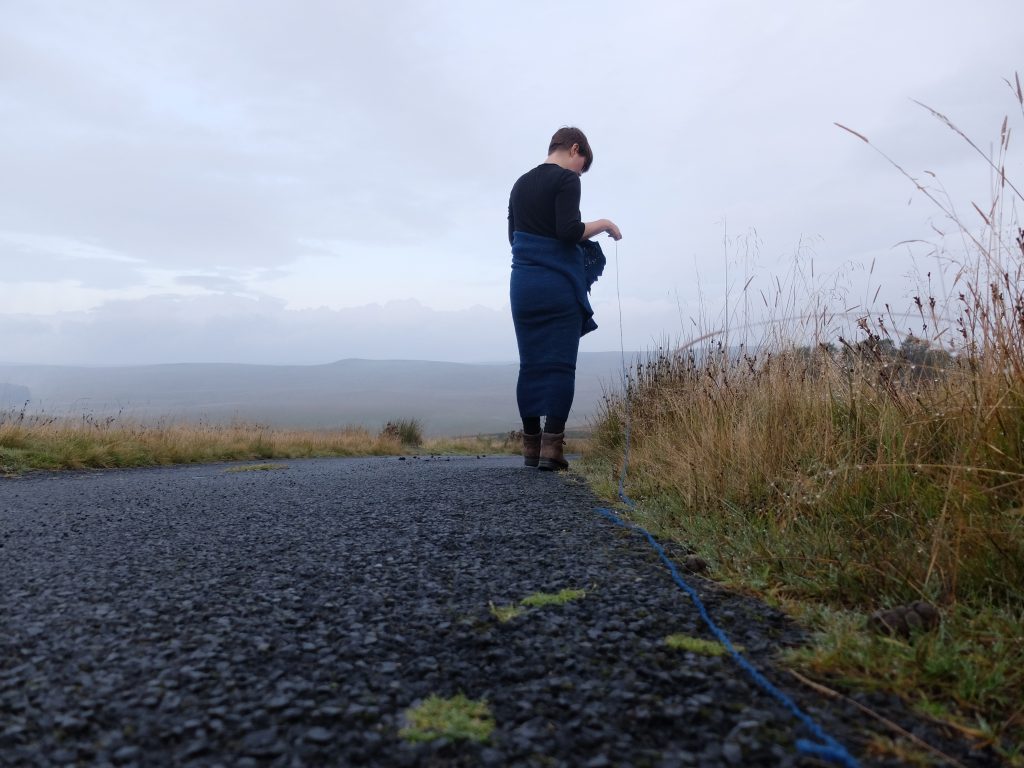