(and by appointment outside these hours 5 – 7 March)

This exhibition considers fragility and instability. Wright explores the impact of humans on a fragile and unstable environment which results in its erosion. Using discarded objects she explores the tenuous balance between sustainability and destruction. Thompson’s concern is the fragility of the printing plate itself and how its steel surface can be subtlety distorted by the extreme pressure it is exposed to through the action of the press. Both artists find ways of repairing the materials with which they work and in so doingshow that these fragile objects can be repaired and renewed, and through this process of recovery are transformed.

My practice is concerned with the relationship between the mind and the body. In this work the focus of attention is ‘identity’ in its widest sense and here with aspects of identity which lie hidden beneath the surface which we sometimes try to ignore.
The prints which comprise the series entitled ‘Fix You’ are mono-prints. They are made using the same plate each time printed in a different way in order to make (x) completely unique prints.
The single plate which forms the basis of the work is made from steel a metal which is perceived to be strong, but which has a fragility in that it is can be scratched and damaged. In order to create a print the plate it must be placed under tremendous pressure as it passes through the press.
This work is about recovery, and thus the deeply etched area has been repaired and ‘fixed’, in a number of similar, but different ways, each of which has an impact upon the plate itself which is only made visible when printed.
Using the fragile textile scrim which has bandage like qualities to mend the etched mark, and using threads to bind it onto the plate, the pressure of the press has had the effect of delicately marking the wider surface of the plate, and resulted in a number of subtle, barely visible marks. It is these delicate marks on the wider plate which suggest things which lie hidden beneath the surface; here suggesting that there are aspects of identity which cannot be seen at first glance, and which we might hope remain invisible. 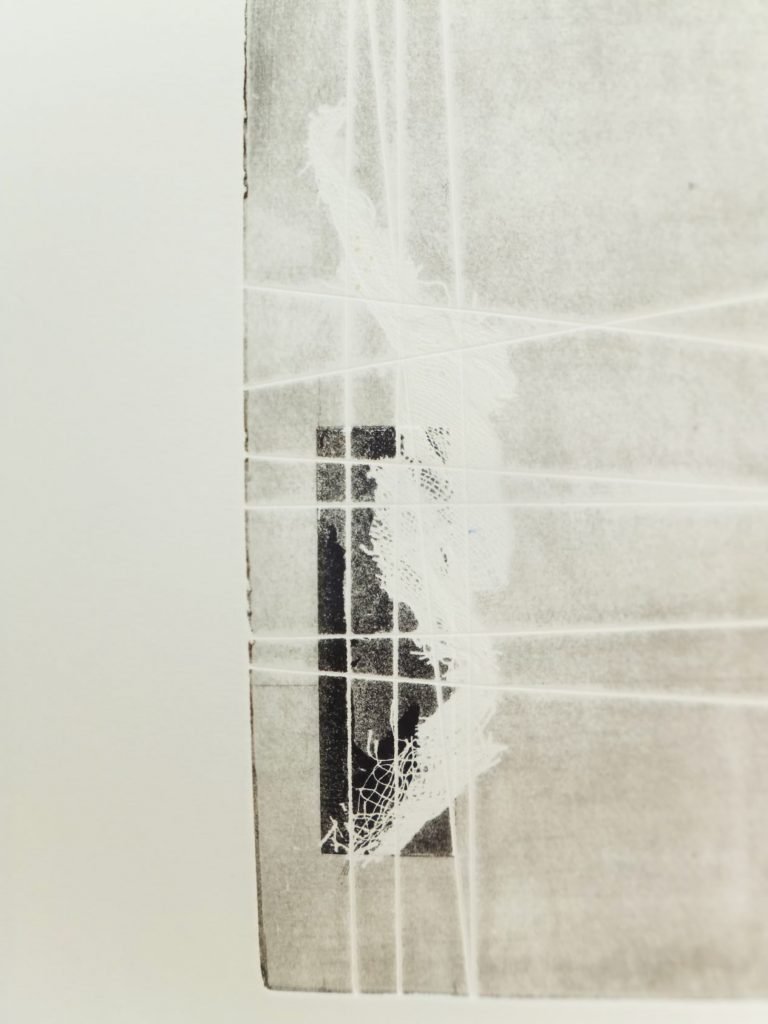 My work is concerned with the landscapes and the way that are constantly in a state of flux; eroded and reshaped by relentless human intervention. The works describe a tension between the fragility of the physical landscape and the overwhelming impact of humanity on the natural world. Things created by humanity reflect its relationship to the environment. They share a vital materiality with their human creators. By using discarded objects I create a visual narrative which describes the instability of our environment and the tenuous balance between sustainability and destruction.
The printed works seek to explore how through processes of transformation, new narratives and meanings can be revealed from damaged objects which show both their frailty and insubstantial nature. Interaction between myself and the objects offers them the possibility of recovery and renewal into new forms, enabling them to be recast and sent back into the forces and currents of life. 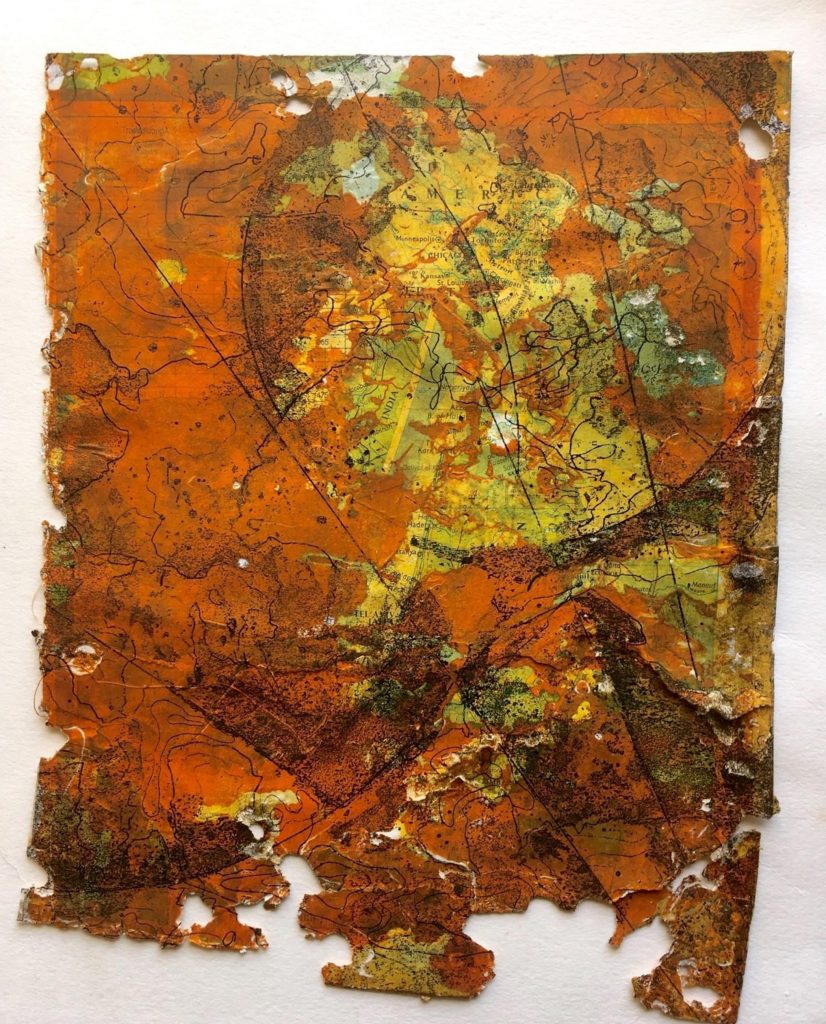