Sumi Perera is an interdisciplinary artist, academic and curator who cross-links various skills and materials to create interactive site-specific installations, interventions and performances.

She has held a varied and impressive career outside of in the fields of medicine and science. Inside of the art industry, Sumi has held international residencies in China, Italy, France and the UK, the influence of which continues to inform her ongoing projects.

Many of Sumi’s artworks are held public and private collections, including the Tate, Victoria & Albert, Ashmolean, Royal Collection, The British Museum, British Library and Yale Centre for British Art USA.

Among her many awards and prizes, Sumi won West Yorkshire Print Workshop’s very own Flourish Award for Excellence in Printmaking in 2015. She has curated many touring exhibitions to international venues, and ‘Wish You/We Were Here/There’ (London Group) will be in Liechtenstein in 2021.

We caught up with Sumi as part of Women’s History Month to celebrate her achievements and hear about the women who inspire her.

Sumi Perera, tell us: how long have you been a practicing artist and what are your media?

5 decades – I’ve always painted, drawn designed and made stuff because I was an only child for 12 years. And there was no TV in Sri Lanka until 1979 when I was in the first year of medical school.

At school, prior to university, it was imperative we did good botanical and zoological drawings, as I took these subjects at A-Level.

I also attended a scientific dressmaking course at the Singer Company from the age of 12 where I did loads of embroidery, quilting, made soft toys…anything!

In Sri Lanka, we had to sew bespoke sari blouses, along with most of our clothes – there weren’t many ‘off the peg’ garments to buy in the 60s. My mother trained as a concert pianist. As the youngest of 10 kids, her 5 sisters stitched for her as they didn’t want her to damage her fingers. Because of this, my mother never learned to stitch so I taught myself to sew garments for her – quite the role reversal early on in life!

I also designed furniture, as a teenager, for the house and garden and had these designs converted by carpenters and masons to produce them for our family home. I also did ceramics, glassblowing, blacksmithing, jewellery-making and more.

Your work, like your skillset it sounds, is so complex. Tell us about the inspiration behind the intricacy of your work.

I’ve always experimented and tried to push every technique to the limits. I, first, learn the ‘rules’, apply them and then try to question the methodology and break and defy the same rules I’ve learned.

Perhaps there is a cultural component to this complex practice too, I think. In my country, pure minimalism equates to laziness or arrogance. Usually, people want to see evidence of skill, craft or hard labour before they part with money!

This attitude is also possibly due to my professional background as a doctor and a scientist. My MA at Camberwell College (UAL) in 2003/04 did give me more reassurance in an endorsement that simple efforts could match those with complexity. I have made very simple, non-intricate works that carry a lot of thinking behind them, so the same amount of time has been invested in the making. However, my moral compass still insists that an additional layer of intellectual rigour and concept was equally necessary to give kudos to the work. But I must stress, that is just me and my personal practice. 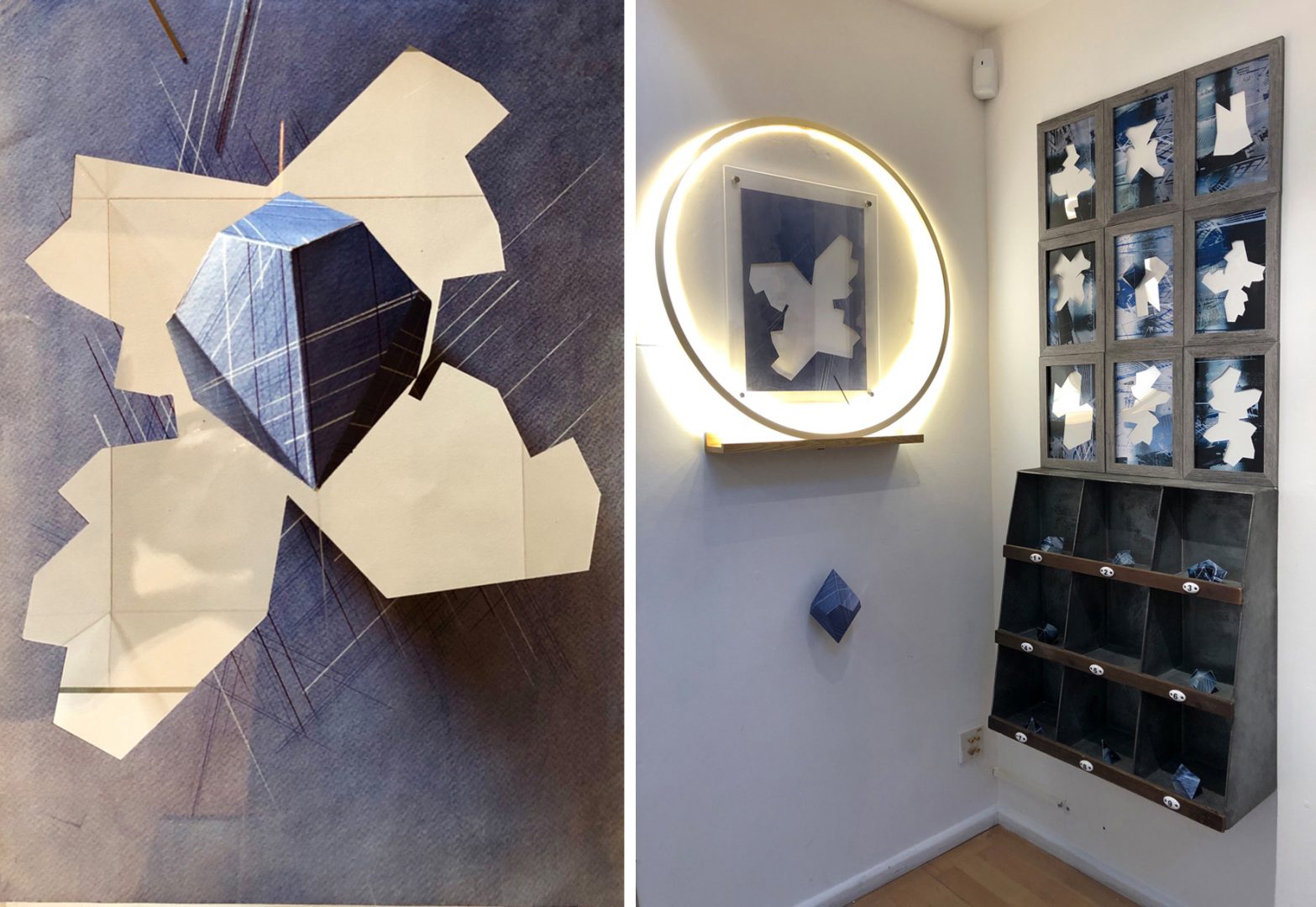 You seem to have had a lifetime of careers in very different professions. How does this influence your process?

My background has a huge impact – not consciously, but subconsciously on every level and aspect.

I was so adamant to leave my medical and scientific baggage behind when I did my MA, but it just seeped into everything I did! You can’t deny your roots or belief systems.

Has the story of your work changed as the world has changed?

All the time – my work is heavily dependent on the zeitgeist: news, politics, religion, gender disparity, racial discrimination, colonial issues, soaps, sitcoms, comedy, global financial crises… anything and everything!

In fact, the whole of last year – during lockdown, almost everything I did responded to the viral global pandemic, particularly as I did a MSc & PhD on Virology (the study of viruses). 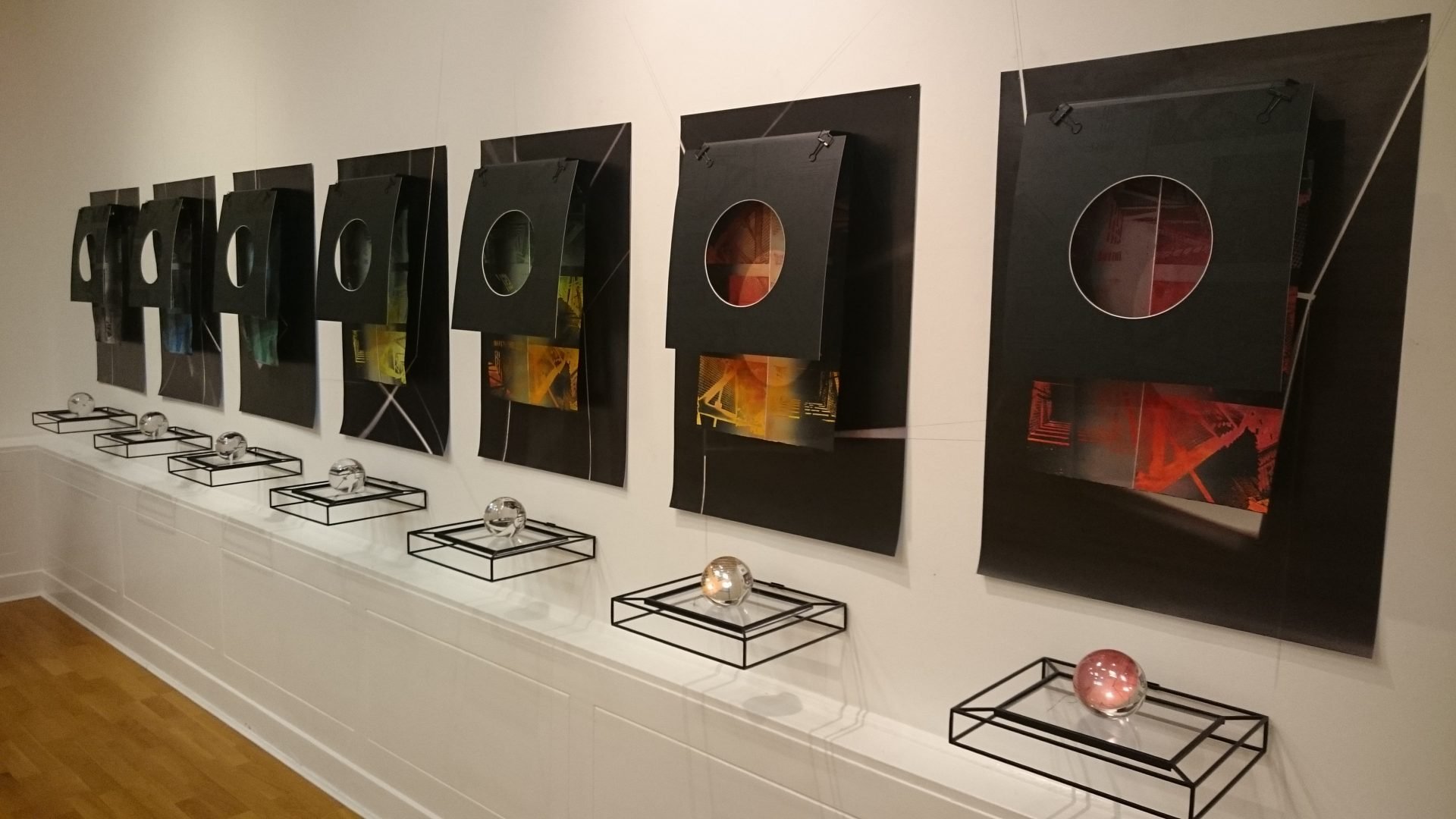 We’re talking a lot about women and inclusivity this month. In your experience, how does being a woman making an impact as an artist compare to being, for example, a scientist – are the pressures/oppressors mirrored or different?

I think I see no difference…

In my generation, we grew up in a strong patriarchal society. My mum was a full-time housewife and taught Piano & English Literature from home. She gave private tuition, as did most of my aunts. But they were very strong, independent women who knew how to juggle with family & still assert their own identity.

Were they given equal opportunities? Hell, no!

I took so many career-breaks myself to spend time with my daughters. The break from medicine was 5 years and I did not go back to clinical medicine & opted out to be a scientist/virologist.

I think most women juggle career & work very efficiently, as both my daughters do. My eldest is a senior academic who has been teaching full-time online from home during lockdown with an active 3-year-old in the background. I should mention a poem, animation and performance: ’10 to 20 – Sizing up the Opposition’ which is all about women being manipulated by men running the clothing industry – it’s a collaboration with my daughter, Suda (held in the Tate Collection).

My youngest daughter, who is a doctor, had their 1st baby during lockdown (working from home running online clinics until the end of her pregnancy) & intends to carry on working.

Both are artists & collaborate with me often.

(You can find out a little more about that here).

Perhaps I need to analyse this aspect more, maybe we all do. I never thought about it that much before your question.

What still needs to be done in the creative industry to be more inclusive?

Awareness & acceptance that there is a problem is the first hurdle to cross.

Then, finding ways and means to re-address the skewed nature of gender disparity can be assessed much better – not just making it a box-ticking exercise, but striving to correct the imbalance properly.

I would hate to see tokenism and women given chances purely for the sake of political correctness, I think that would be far more damaging.

I think women should be given opportunities because they are equal or (dare I say it?) better than their male counterparts. Women add another dimension or angle to what we do. We are such natural multitaskers. 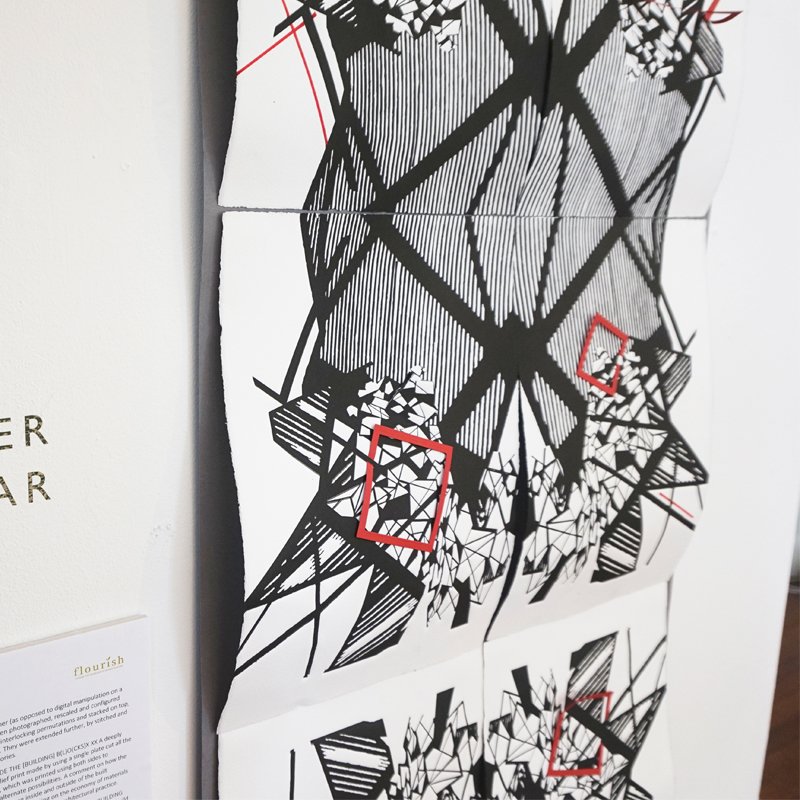 As we celebrate International Women’s Day this month, and celebrate women in print, who would you like to celebrate as an artist or ally in telling women’s stories?

very long… let me start by mentioning a few who have inspired me:

Louise Bourgeois, Anni Albers, Constance Howard… Doris Salcedo and Tania Bruguera I have met and had great conversations with, and there have been many more.

My own school produced 2 very important figures in my life:

Mrs Sirimavo Bandaranaike, the world’s 1st female Prime Minister, and my schoolmate Indu Dharmasena. Indu was the Head Girl of St Bridget’ Convent (an all-girls convent school) and is now a transgender man, happily married to a beautiful wife. Indu is a very successful actor, playwright & film director. Mrs Bandaranaike and Indu are both celebrated in GENDER, a public art installation in Minden, Germany, on the exterior of the Caritas Building. It’s definitely one to discover more about.

My message is that if we want equality, then we need to harness & rein in our male counterparts. Both my sons-in-law do this so efficiently & seamlessly in encouraging their wives to achieve the same status that they hold in every avenue of life.

“The story of women’s struggle for equality belongs to no single feminist nor to any one organization but to the collective efforts of all who care about human rights.”