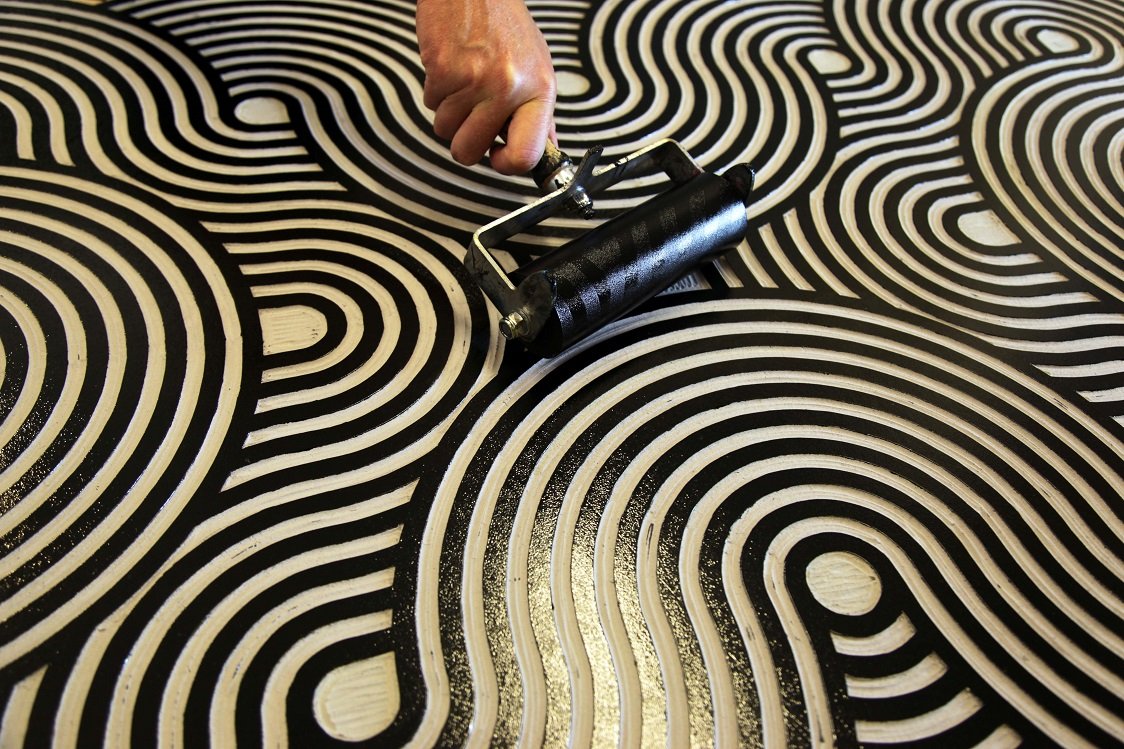 Since 2010 Nick Loaring’s ‘The Print Project’ has been raising hell and the dead with its distinctive take on letterpress printing which has been described as ‘Post Digital Letterpress’.

Working from a small workshop in Shipley, Nick’s work has taken him all over the UK giving talks, exhibiting and demonstrating the dark arts of letterpress. His work has appeared in national magazines and books and in 2019 his first solo exhibition ‘The Posters of Golden Cabinet’ was shown in Shipley, York, Leeds & Newcastle. He co-publishes the magazine ‘Double Dagger’ which is focussed on new approaches to letterpress printing.

In 2010 the main focus of the work was based around typography which has gradually given way over the last 7 years to a predominantly image based approach deriving from patterns which are either created organically or mathematically using a variety of methods and materials. Nick’s work is characterised as colourful, bold and challenging by working across the senses of sight, smell & touch. Moiré patterns play a large part in what Nick does and away from all the colour he has been developing a stripped back approach to printmaking that relies on one colour (black) and a series of lines which are organised into different shapes & patterns which can create visual distortions depending on how the piece is viewed.

Working at a large scale has always been a goal of Nick’s, and the work here ‘Forming’ is the first of that new approach. Using the image transfer technique onto lino, this was then cut by hand and printed in an edition of 15 copies on the People Powered Printing Press (the largest letterpress printing press of its type in the world). The size is 1000 x 1500mm. The block is the biggest lino Nick has ever cut and printed. 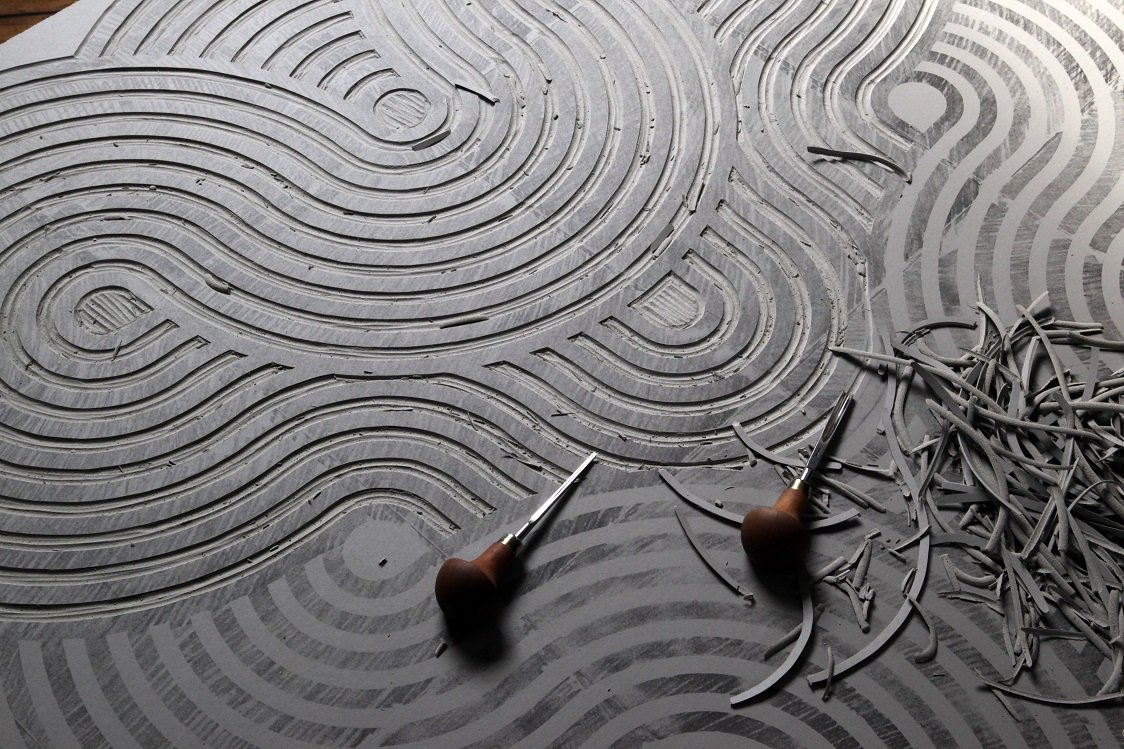 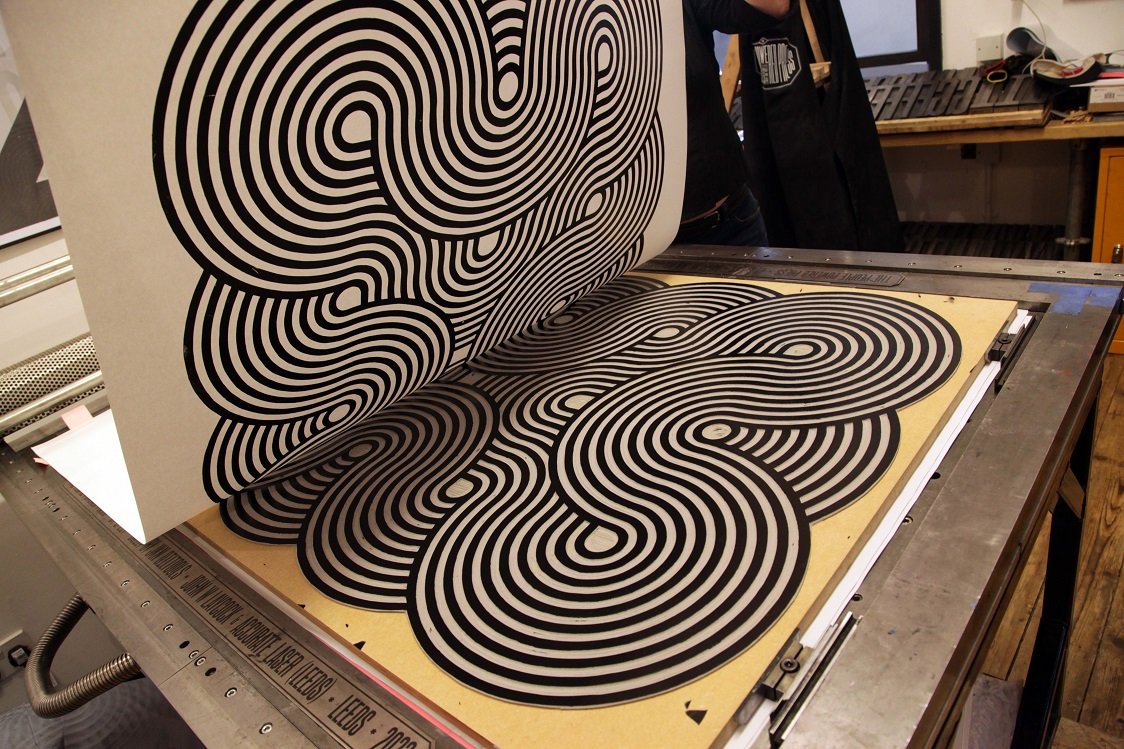 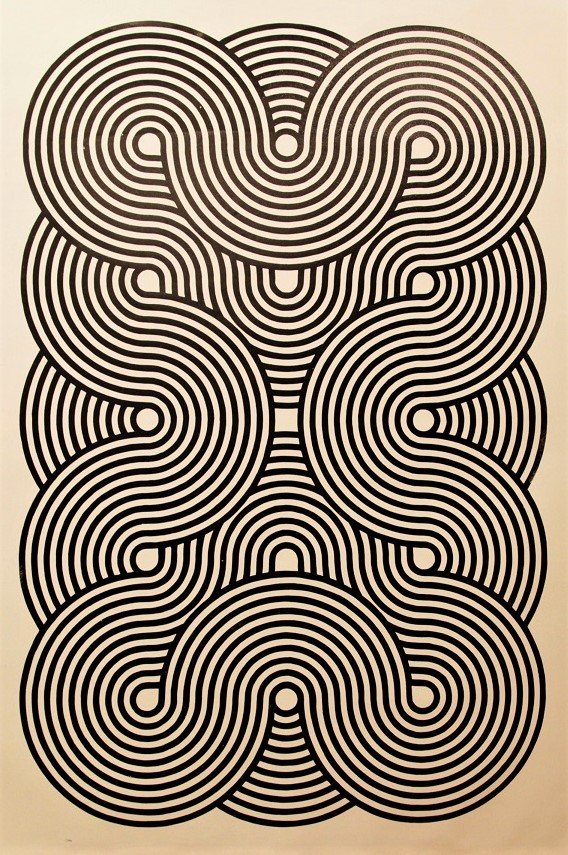